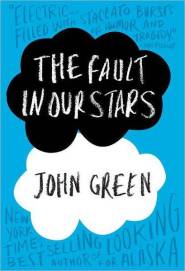 I met a guy in Kamloops, British Columbia a couple of weeks ago while I was giving a weekend of workshops, and this guy said something during a conversation that has not only stayed with me, but actually intensifies with each passing day.

I met Jim as I was coming back to the studio after lunch with Joy, studio manager and den mother extraordinaire. Upon our return, we saw him waiting patiently at the locked front door, and so once we got back into the studio, we started chatting and Jim told me his story. I could tell that there was a story as soon as he spoke, as his speech was slightly slurred and he would occasionally start to hunch his upper body forward as he walked. From the studio reception area to the floor of the studio itself where students were milling around waiting for the workshop to get started, Jim told me how twenty-something years ago he had gotten behind the wheel of his car after a night at the bar drinking and got into a car accident that left him brain-injured.

Once we were seated in the studio with minutes before I began the workshop, and with other students now part of the conversation, Jim told us how we spends his time canoeing, practicing yoga and downhill skiing. Needless to say, I was impressed. Regardless of any and all potential obstacles in his path, Jim refuses to take no for an answer and plows forward doing exactly what he wants to do. One woman who was sitting with us, after hearing that Jim loved his downhill skiing, asked him, “But aren’t you scared? Aren’t you scared to hurt yourself?” to which Jim, evoking shades of the story of Astavakra from Hindu &Yogic Mythology replied, “I’m more scared of not being able to do it.”

In spite of obvious impediments, Jim fights that much harder to do the things that make him happy. In a sense, we all do in one respect or another. With that said, consider this: if you knew that the opportunities, abilities and resources that are available to you right now, as you read these words, would be taken away from you tomorrow, what would you do differently now? If you weren’t able to ever see or speak to certain people, people to whom you typically have unlimited access, what would you do or say with and to them? If everything you’ve ever taken for granted, like being able to take a full breath, read these words, walk from point A to point B or simply feel and express what you’re feeling, was suddenly and irrevocably inaccessible, what would that change for your NOW?

I’ve been mulling all this over since Jim laid a healthy dose of truth and insight on us at Kamloops Hot Yoga, and as nothing ever crosses our paths haphazardly, I stumbled on a book shortly after my return home that I devoured over a few evenings and which served to further reinforce where I was in my thoughts. The Fault In our Stars is a heart-achingly beautiful story of teenage love tainted by illness. It is a true love story whose protagonists are all too aware of the impending expiry date their time together is shadowed by. Needless to say, there were a few pages of the book that, if they had been actual pages and not virtual ones on my tablet, would be warped and ink-stained from me bawling my eyes out uncontrollably. This book is one of the most beautiful I’ve read and is a strong reminder to not take anything for granted, to take stock of the blessings we are graced with and to make the MOST out of every moment we have.

If you knew you wouldn’t be able to live or love tomorrow as you can today, what would you do differently today? 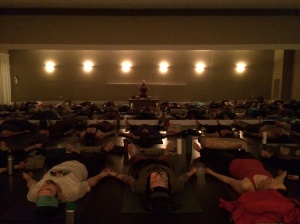 My travels for 2014 have started, and in the best possible way. I’m lying on the bed in my hotel room after a weekend-long run of 5 workshops at the Kamloops Yoga Centre, and the community I found waiting for me here completely took me by surprise.

I purposely didn’t research Kamloops before coming here. I was invited to come teach shortly after my stint in 2013 at Wanderlust Whistler (see here and here) and decided to take the gig and bring my teachings over, while exploring more of the beauty that is British Columbia. Seeing the magnificence that Canada holds never ceases to amaze me, but it was way more than the landscape that grabbed hold of me when I arrived here. Within an hour of landing and being whisked into town by Joy, studio manager extraordinaire, I was seeing my image across town on posters and magazine covers. I was humbled, to say the very least.

The community waiting for me is just that – a community. The people here welcomed me with open hearts and arms, and made me feel so grateful for being appreciated. I was adopted into their community, and now, at the tail-end of the weekend, am preparing to leave Kamloops with a bit of a heavy heart. I love it here. The feedback and outpouring of emotion from the students at the end of the 14 hours of time we’ve had together has been everything I could have asked for, and way more. From people telling me that I’m helping them in their personal evolution and development to working yoga teachers telling me that it was a breath of fresh air to have me bring my take on things to their studio, I feel more than loved.

To every single one of you who participated in the workshops this weekend and brought way more than your physical presence to the event, I thank you. To every single one of you who welcomed me to Kamloops and appreciated my presence, I thank you. To Trina and Dwight and Joy and Natalie, thank you for making my visit here possible. To the entire staff at Kamloops Hot Yoga, I hope you know that you’re stuck with me 🙂

I’ll be back later this year when I come back to B.C. to teach for a couple of weeks. Until then, I’m confident in the knowledge that I’m leaving with a bit of Kamloops in my heart and my mind, and I also know that Kamloops is keeping a whole lot of my energetic presence here.

With only love, thank you 🙂 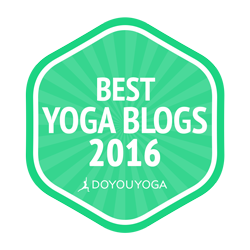